Daniel Ricciardo gave his new-look Renault a tentative thumbs-up as testing began ahead of the looming Formula One season.

The 30-year-old Australian experienced the team's RS20 challenger car for the first time as he banked 56 laps in Wednesday's afternoon session at the Circuit de Barcelona-Catalunya, with more to come on Thursday morning.

Teammate Esteban Ocon had covered 62 laps in the morning session before Ricciardo, sporting a special purple testing helmet, took over testing duties and ended seventh fastest overall, with a best lap time of one minute 17.873 seconds. 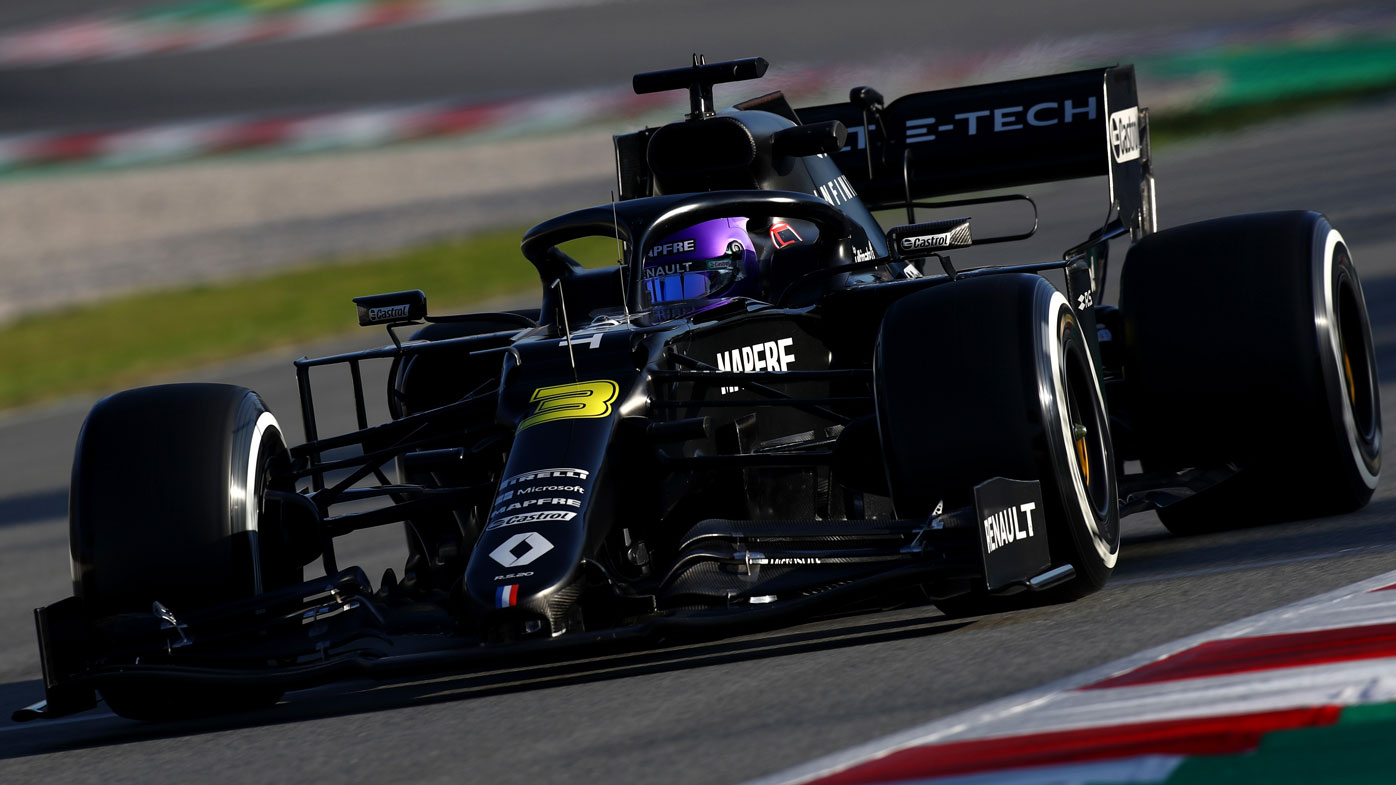 "It's great to be driving again and I felt quite comfortable in the car from the get-go, which was cool," Ricciardo told the official Renault website.

"Esteban obviously warmed the car up nicely this morning, and I felt I was more or less straight back into it and in a rhythm when it was my turn in the afternoon.

"There are improvements on the car and we've obviously changed it a lot visually, which is quite clear when you look at the front nose.

"The improvements are there, and ultimately that's what we're targeting. It's too early to make any comparisons, but our reliability was pretty strong, and I would say it's promising. You can't ask for too much more from day one, so I'm happy with that."

Ricciardo sported a special Kobe Bryant tribute helmet for the session; a purple colour with 'KB24' and 'Mamba Mentality' written in yellow for the late LA Lakers NBA icon. 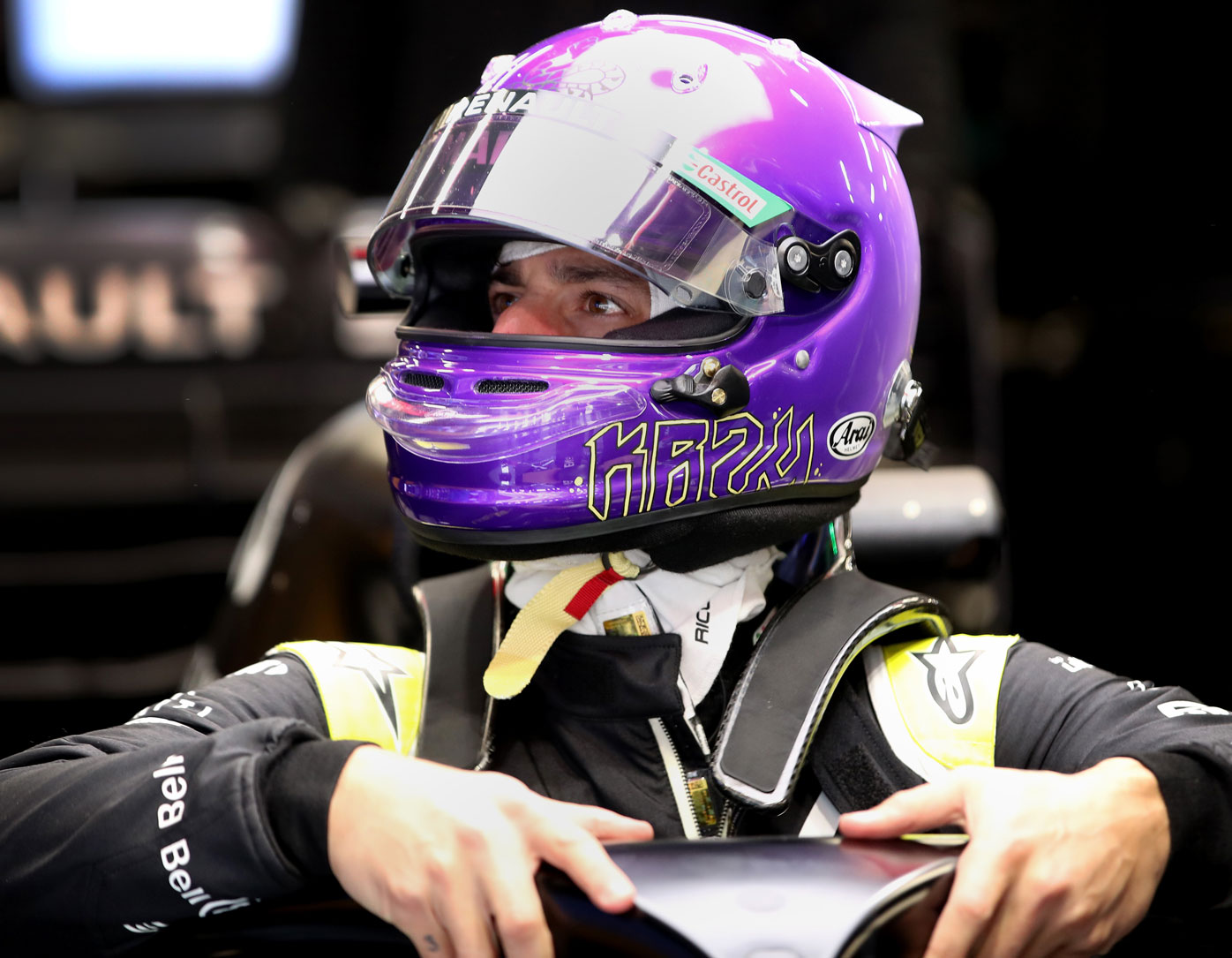 Hamilton did 94 laps on the soft C2 compound tyres in a sunny afternoon session, running untroubled after teammate Valtteri Bottas completed 79 laps in the morning.

Hamilton, who is hoping to equal Ferrari great Michael Schumacher's record seven titles this year, was 0.337 of a second quicker than Bottas. 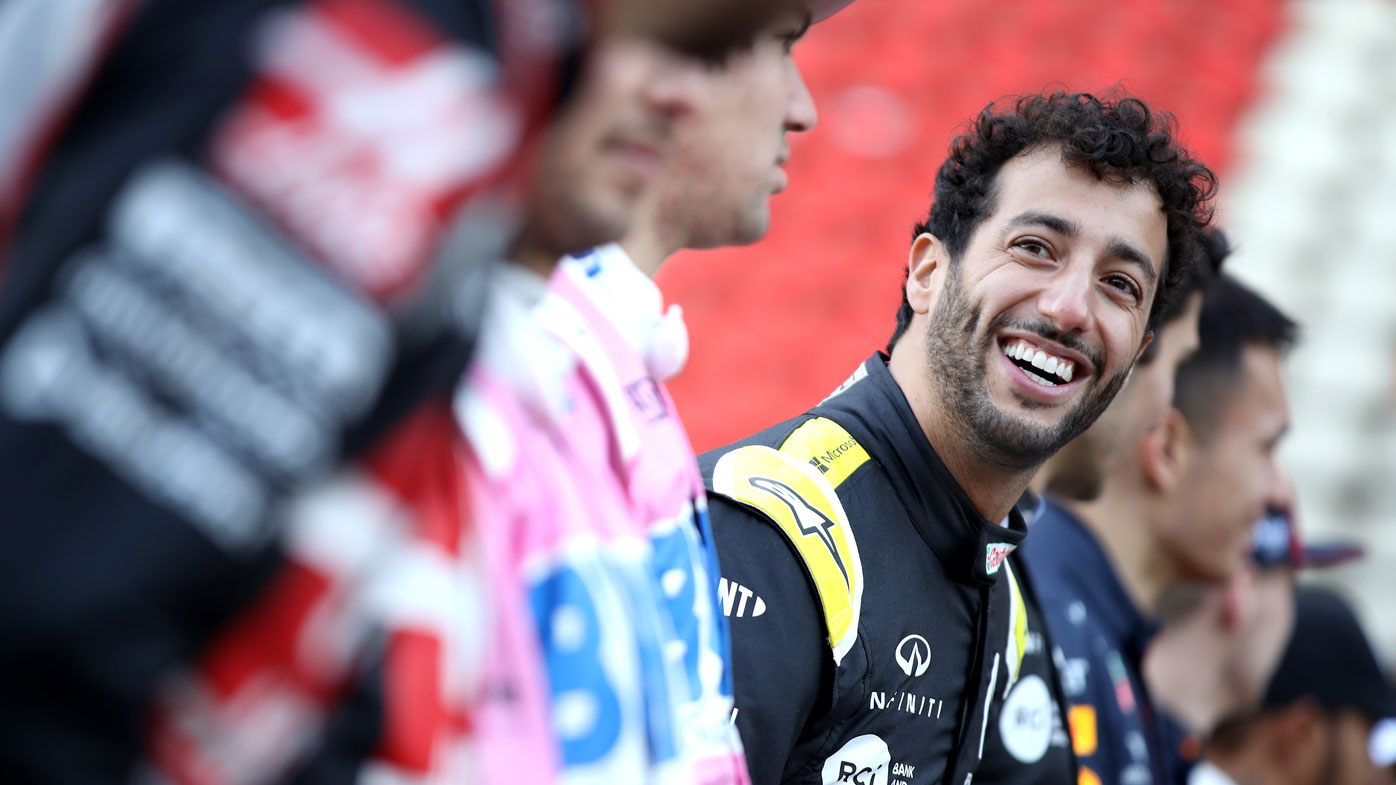 Racing Point's Mexican Sergio Perez was the best of the rest, with his team's new car drawing attention for the similarities to last year's Mercedes.

Red Bull's Max Verstappen was fourth and did the most laps, 168, with McLaren's Carlos Sainz doing 161 on a day without any red flags to halt the action and all 10 teams getting in plenty of mileage.

The 2021 rules are little changed from last year but one difference was a new decree barring teams from hiding their cars behind screens in the garages, giving fans in the stands a better view.

Testing continues on Thursday and Friday and again from February 26-28, with the season-opening Australian Grand Prix kick-starting the season in Melbourne on March 15.