Brisbane Broncos young gun Kotoni Staggs has opened up on "one of the best" moments of his life, the day he met his dad for the first time.

Staggs, 21, enjoyed a breakout season last year for the Broncos where he tallied 11 tries, earning him representative honours for Tonga and the Indigenous All Stars.

The centre was rewarded with a contract extension late last year which will see him remain at Red Hill until at least the end of season 2021.

With Staggs' career blossoming, he admitted representing Tonga was something he had always wanted to achieve, with hopes he could learn more about his father – also named Kotoni – and the nation's culture. 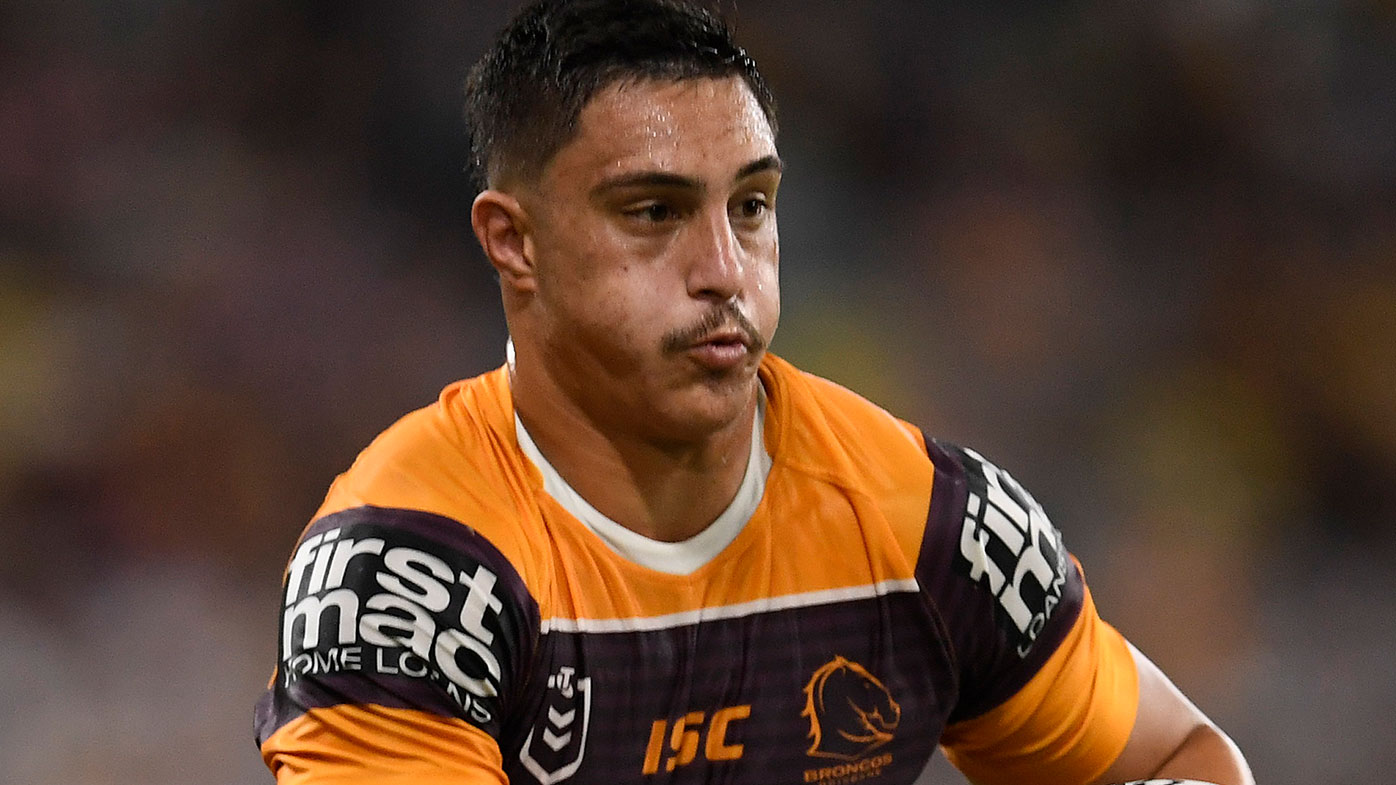 "To play for Tonga, it was just something I had wanted to do," Staggs told Wide World of Sports, in Freddy's FaceTime.

"I had never met my dad and I just wanted to get to know my dad's culture, Tonga's culture.

"I made my debut (June 2019) against New Zealand over there (Auckland) and just to represent my dad's side that I haven't had much to do with growing up, was something for me that I really want to do." 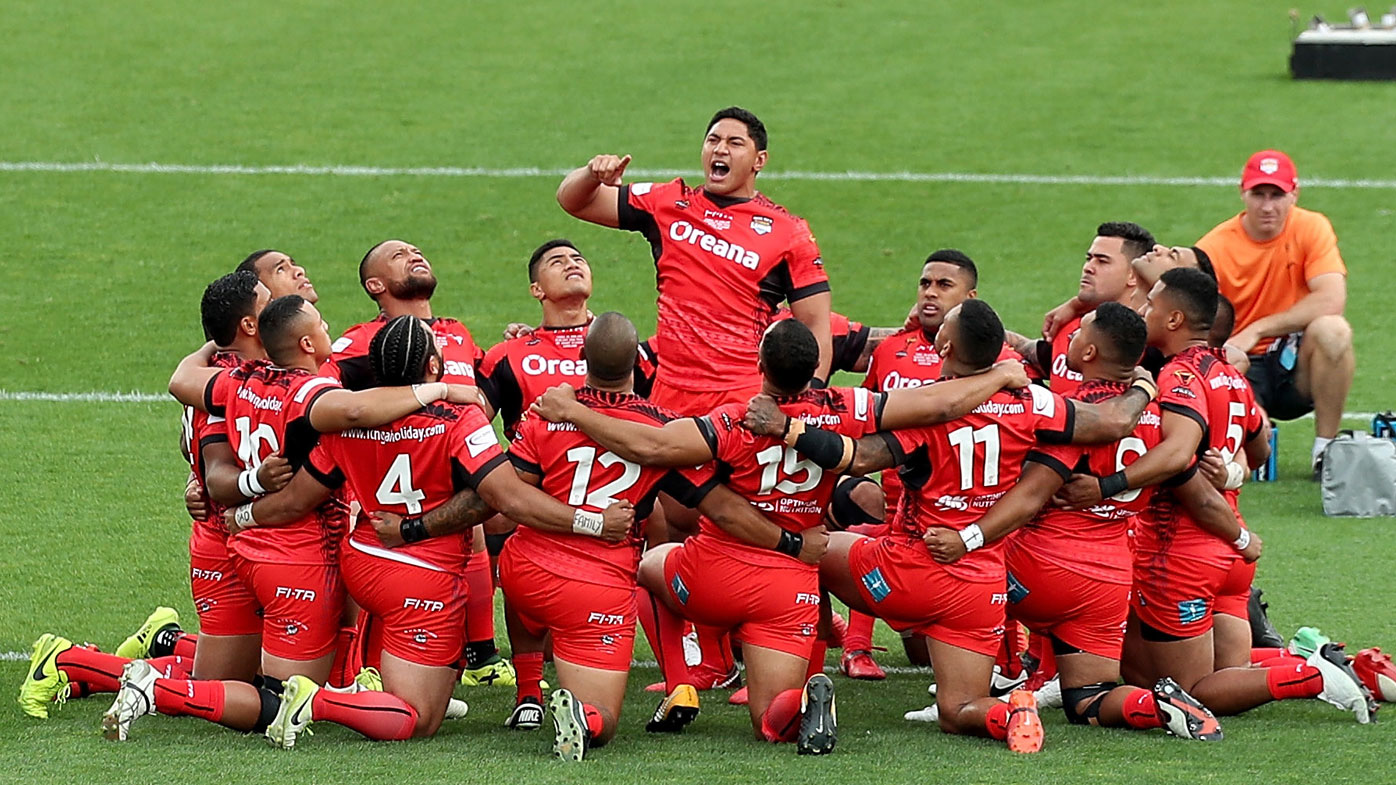 Staggs grew up in the NSW town of Wellington. His mother, Leanne, spent some time in jail and his grandmother, Dawn, offered him enormous support as a boy.

He made his second appearance for Tonga in November last year, in their stunning 16-12 upset of Australia.

The victory meant so much to the nation that Tonga's own government requested the team visited the South Pacific island to celebrate the historic win.

But for Staggs, the opportunity to travel to Tonga was one he used to finally meet his dad.

The young star revealed he reached out to his Tongan father, who currently resides in the US, asking him to fly over and meet in the island nation. 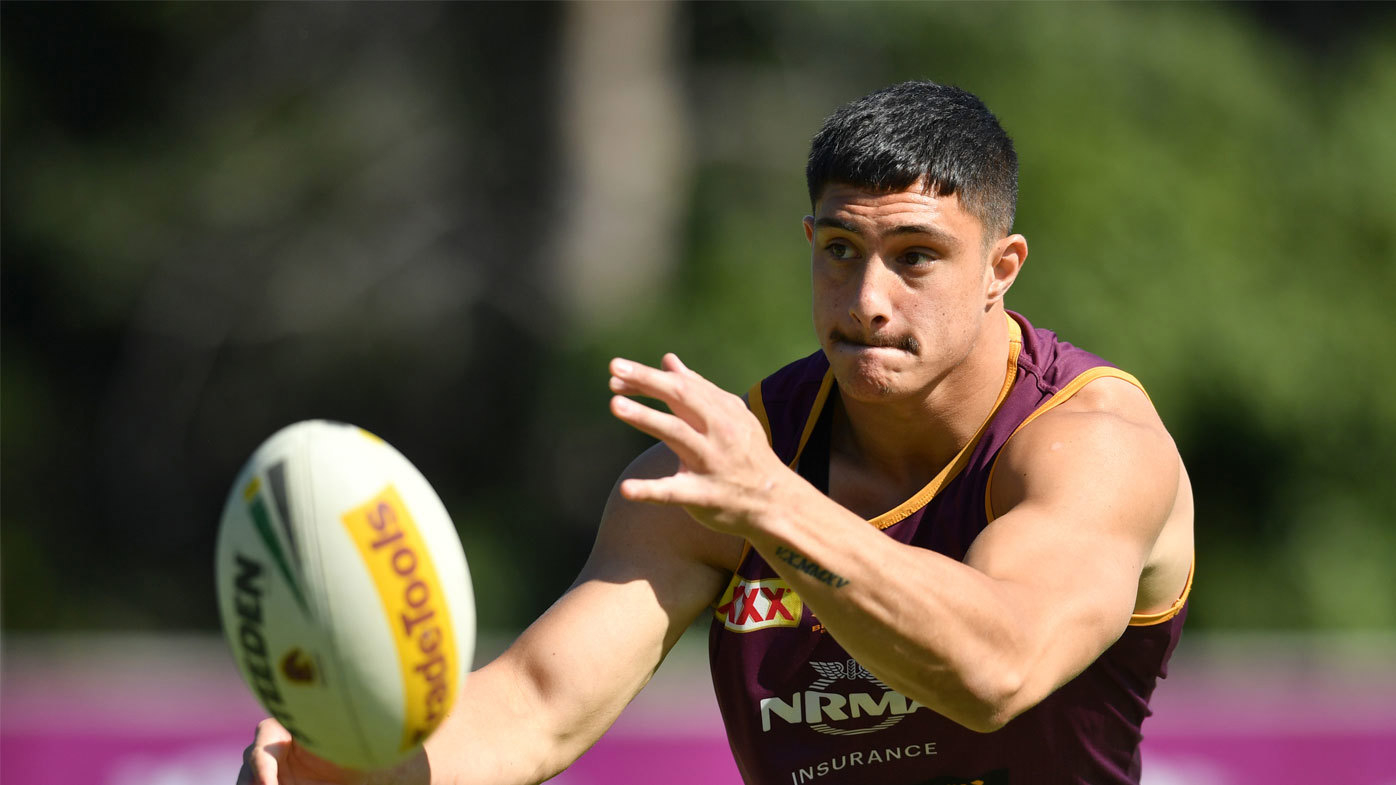 With his dad jetting off from America and waiting at Tonga's airport in the early hours of the morning, Staggs declared the moment he first met his father was "something special".

"It was probably one of the best times in my life after we beat Australia, something that's going to stay with me forever," he said.

"Growing up, I always wanted to play for Australia so to play against them and to beat them was something special for the whole community back in Tonga.

"After we beat them (Australia), the government invited us to Tonga, and they paid for us to go over to Tonga for a week. 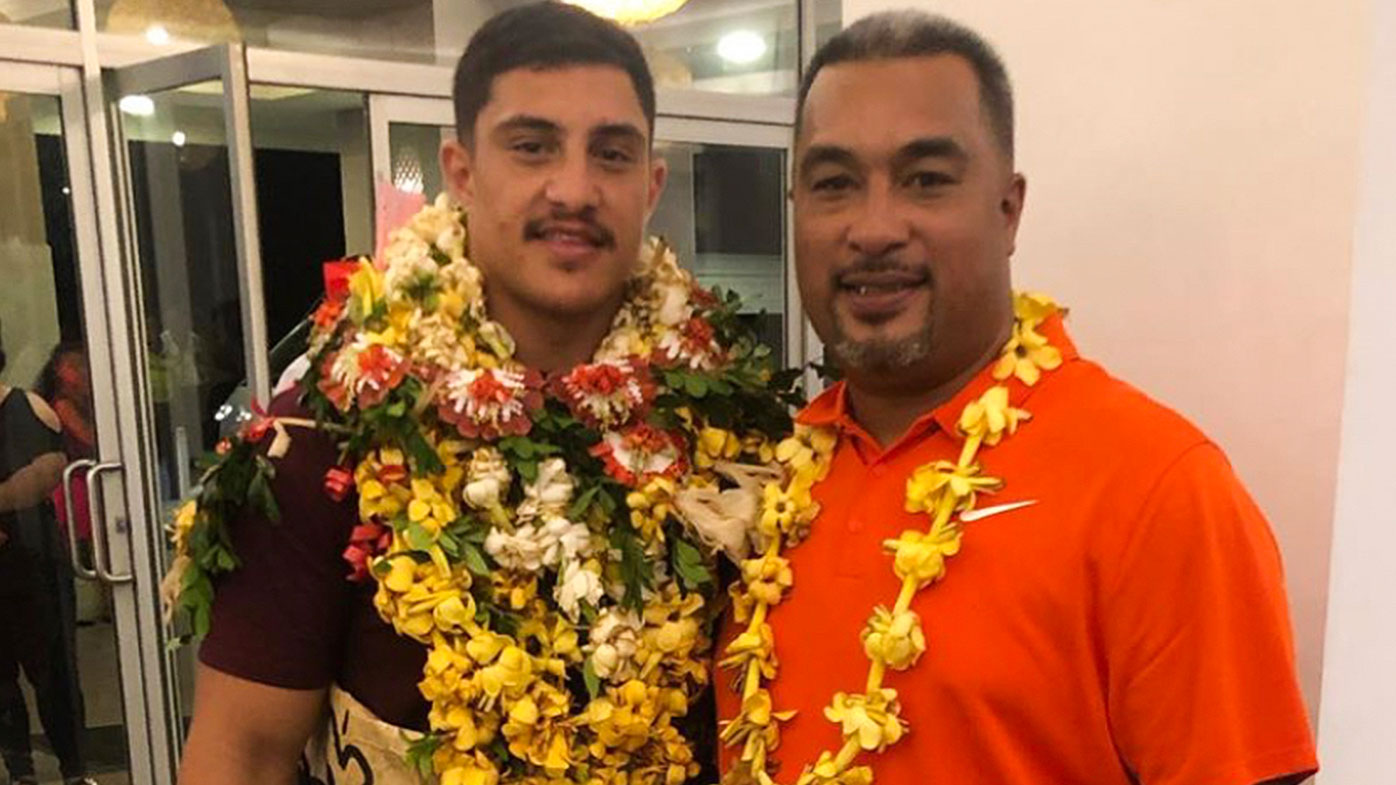 "I rung my dad straight away and the time I was speaking to my dad, I had never met him, so I just told me dad, 'The government's paid for us to go to Tonga for a week, I want to meet you'.

"So my dad flew over. He was born and raised in Tonga but lived in America as well. So I just asked if I could meet him over there (Tonga) and he flew straight over.

"I didn't know I was going to meet him the day I flew in, but we flew in about 3 o'clock in the morning and I just got off the plane to get my bags and my dad was there waiting for me. 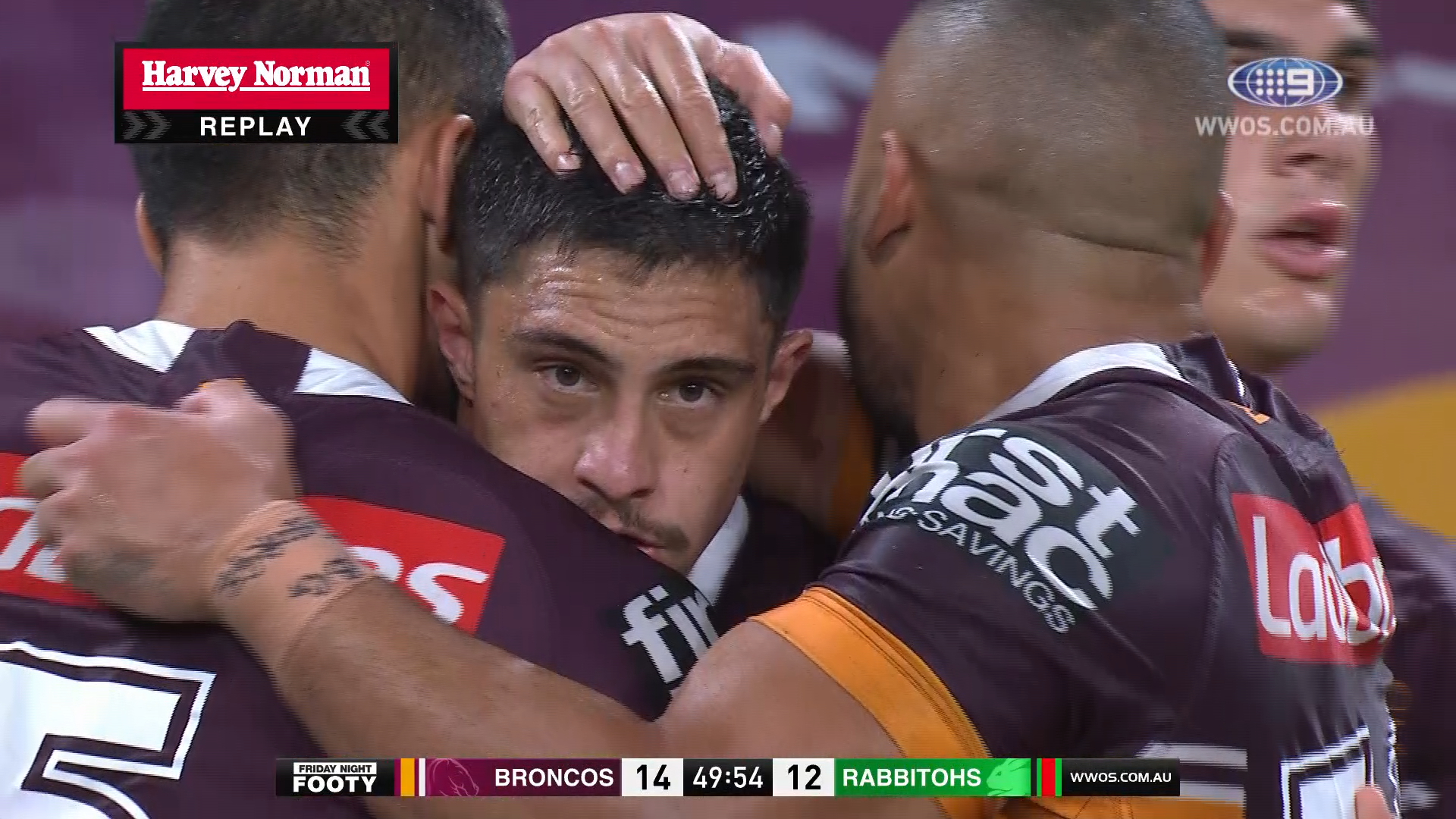 "It was a big part of my life growing up, not having a father. Seeing him for the first time, it was like a missing puzzle that's come back together.

"To meet my father for the first time was something special and something I always wanted to do, one of the best times of my life."